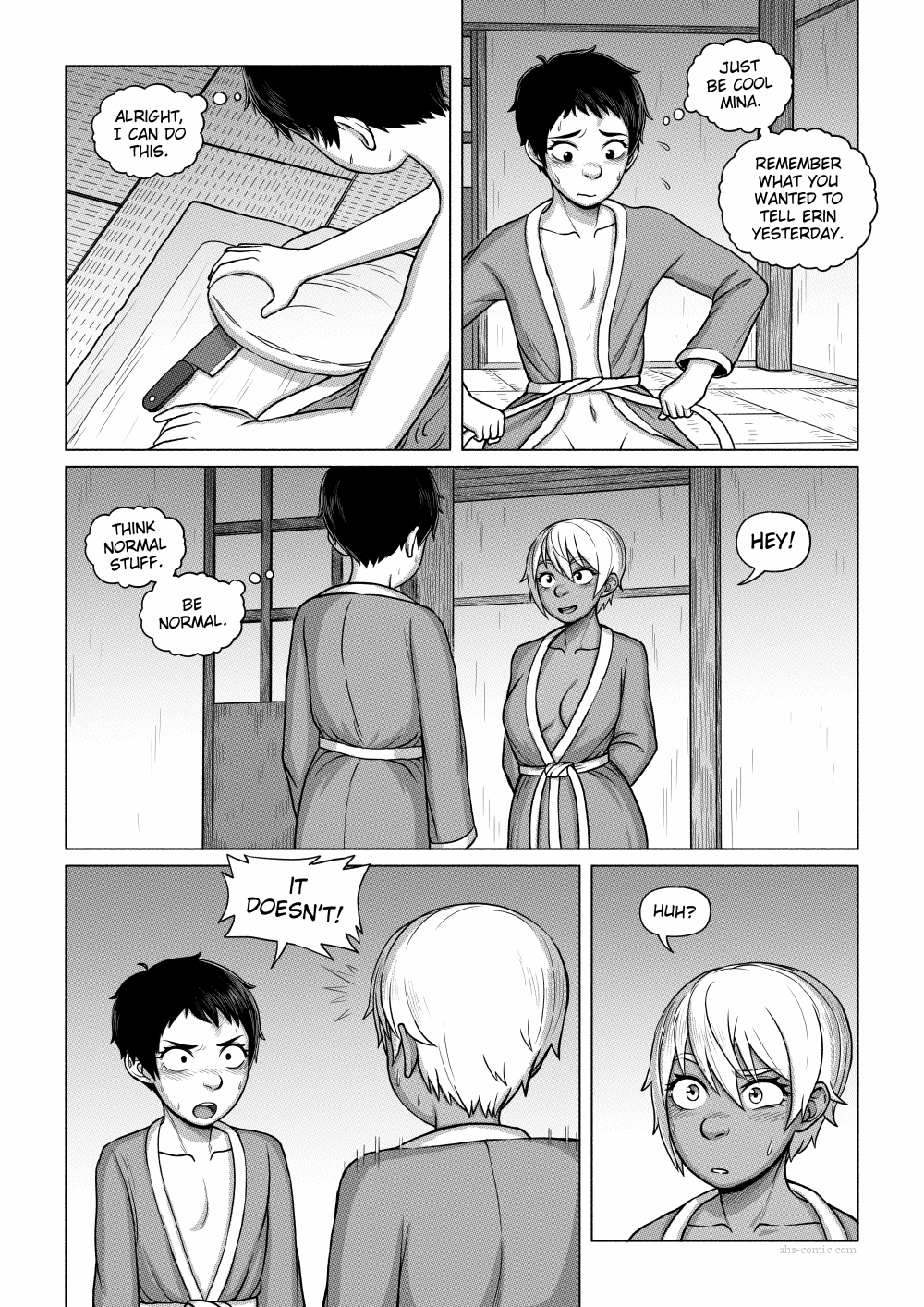 Yes, yes it is. Also sanity is boring.

I’m guessing that’s about this: http://ahs-comic.com/archive/page-129/

And now Mina leans forward while she’s confused and plants one on her….

Normal is at right angles to reality. Multiplied by the square root of negative one.

I don’t believe normal truly exists at all, it’s just something people make up in attempt to manipulate the behavior of other people.

Normal is the average. It is the median. There is a normal behavior, but everyone only conforms to some parts of it if at all.

No, that’s way off. You’ve probably heard the old joke about being a normal person with 1.5 kids. Beyond that problem, the question of what population to average over is always going to cause problems. An average person has never heard the word “snow”, because on average, people don’t speak English (or see snow).

So ok, you could take an average for a certain region and gender and age, and call that “normal”. But, it’s “normal” to own a dog, right? That doesn’t mean over half the people in your region and age group own dogs! And suppose one person in your city is an imprisoned war criminal who is responsible for millions of deaths. That might make the “normal” person average out to being responsible for more than one deaths!

“Normal” varies from one person to another, based on what sorts of people and situations they gravitate toward. Some people value that which is normal; and for good reason. If we don’t ever know what to expect, we can’t coordinate or accomplish anything. It’s good for a car to make a “normal” sound when it starts up. It’s good for the credit card bill to look “normal” when it comes in the mail. But people also sometimes want to be *considered* normal. They want to be understood, and so they want to feel like their actions are within the range that’s expected, within the possibilities people are prepared to accommodate.

Reminds me of Fry from Futurama.

Professor Farnsworth: “And Fry, you have that brain thing.”
Fry *pounds fist* “I already did!”

we’re off to a good start this morning