Earlier I wrote about my health issues and the fact that at least some of them are probably caused by bad posture due to crappy setup, or at least they are exacerbated by it. In response a few readers have donated money, to help me afford something that might make for a more ergonomic setup. I mentioned looking at the Yiynova MVP22U as one possibility.

One reader in particular (who wishes to remain anonymous) dropped quite the bomb on me, which means I’m now well on my way to being able to afford it! That actually made me cry a little… I didn’t even ask for donations! You guys are great ;_;

If any of you want to donate, you can, but please be aware that even if I am able to afford a super ergonomic setup right now, I still won’t be able to draw right away because of my health. Still need some time to recover. My recent visit to a doctor was completely fruitless by the way…

It also might be an idea to investigate some tablet-pcs like the Surface Pro or the Cintiq Companion etc. I recently un-retired my old EP121 and drew a thing with it. 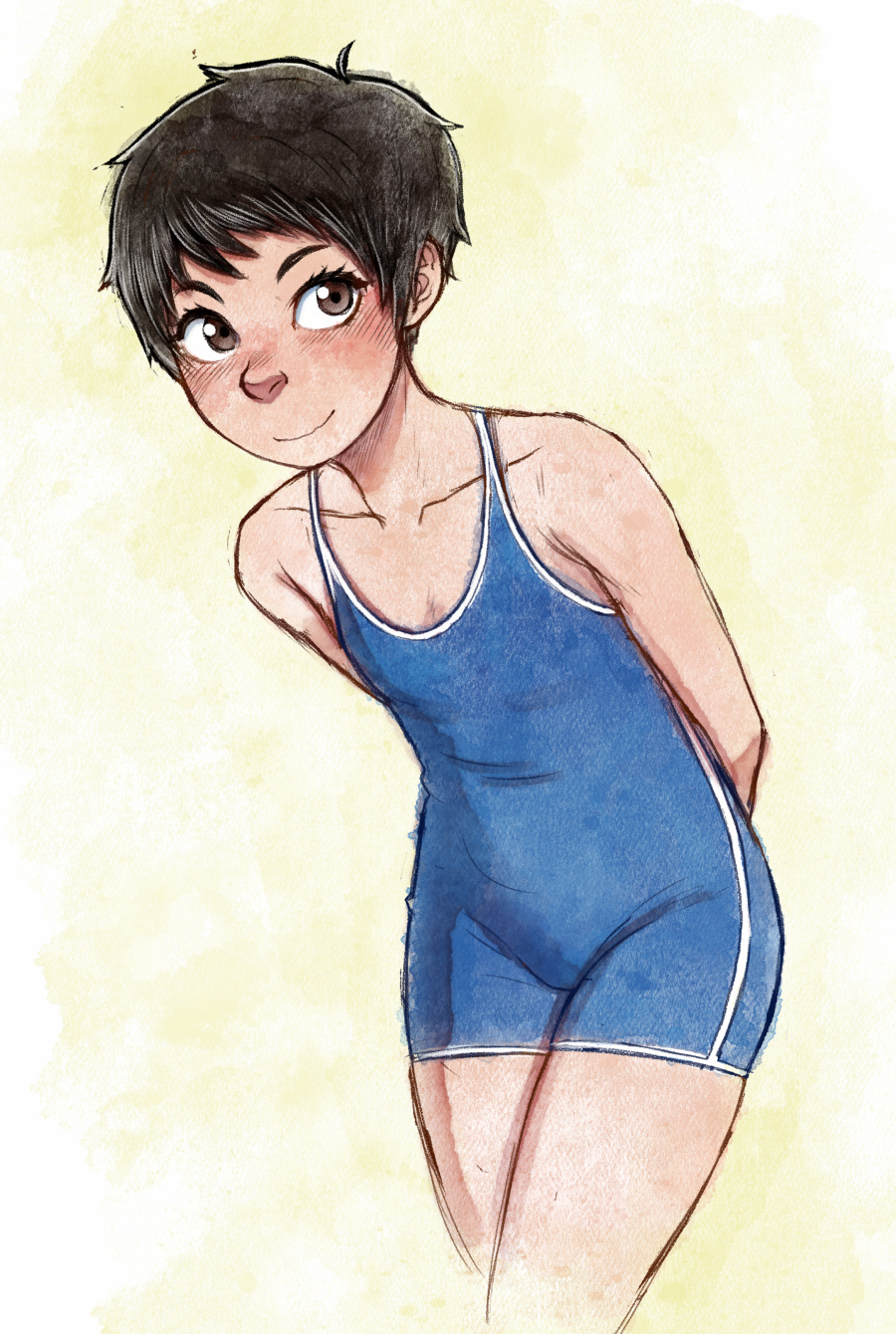 Here, have a sporty watercolor Mina!

The thing I really like about tablet-pcs is the ability to move them anywhere. They’re not tied to a desktop because there’s a computer in there, but that’s also one of the drawbacks. The only reason I retired my EP121 in the first place is because it’s getting old. It only has 4gb ram and can’t be upgraded beyond that. I need at least 8gb now that I work in color. Newer tablet-pcs are roughly twice as powerful as the EP121 and should be able to handle my workload without problems.

I’ll compile a list of options I’m considering soon. I did a lot of research into Cintiqs and their alternatives in the past few months and hopefully it might benefit others as well.

I hope you will get well soon.

if you’re looking for a portable tablet, maybe you should look into a tablet PC. i’ve been doing some looking myself, and there are some fairly decent models out there, with some under 1K. i understand that’s still probably over your budget, but it’s something to keep in mind. my main suggestion would be a Yoga series from Lenovo. they have a good battery life, and are decently sized.

the only issue is hard drive space, as they all use 256 GB SSDs. plus side, the drives are mostly immune to fall damage, and are less likely to fail. downside: they’re tiny.

lmao I can’t even do the last one because my hands only go up about halfway. Show’s how I’m in a bad shape right now.

I am sorry to read that you still under the weather. Get well soon!

If I may also recommend the Lenovo ThinkPad X-Series Tablets? I would look at either the X200 Tablet or (preferably) the X201 Tablet. The X200 Tablet can be upgraded to 8 GB RAM maximum while the X201 Tablet can be upgraded to a maximum of 16 GB RAM. Each of them takes 2.5″ drives so you can replace the hard drive with a SSD for better responsiveness and higher data transfer rates. The screens on the X-Series Tablets are usually sourced for their view-ability outside so their have better colour reproduction and higher brightness levels. These are older machines that you can only find used but my family, friends, and I have nothing to complain about from ours.