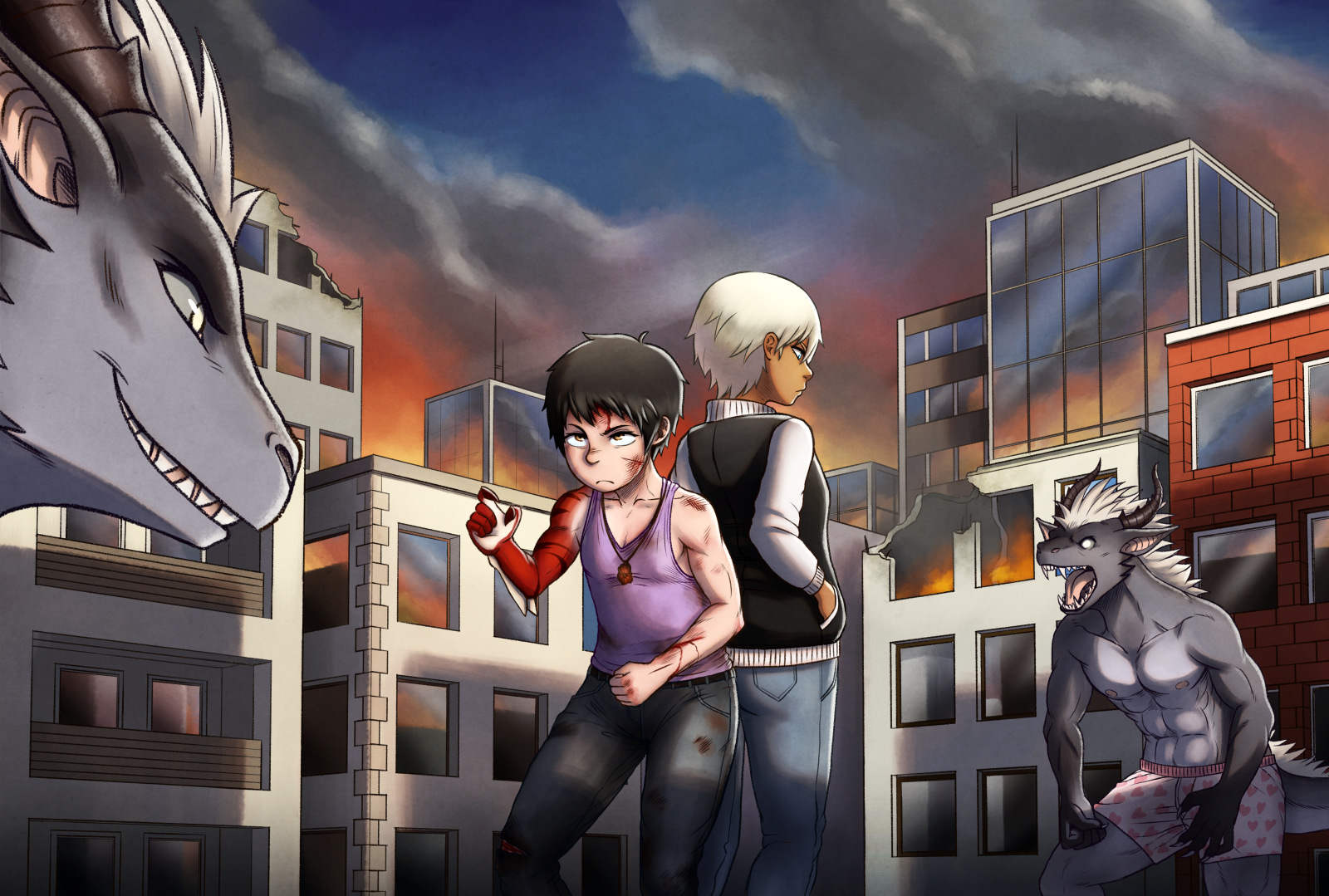 Umm… So, I started working on this picture when I created my Patreon page a few months ago, to serve as the banner for it… and I finally managed to finish it…

I only worked on it here and there, but I definitely did get carried away with it a bit, adding a more complex background and two more characters than originally planned. Don’t read too much into this picture though, I made most of the stuff in it up on the spot. (Or do read whatever you want into it, it’s up to you!)

On the plus side: I guess I can now use it as a new banner for the website as well and as a wallpaper if you’re into that kind of stuff.

Also, I uploaded a high-res version of this image for my Patreon followers.

So far I’ve been very surprised by the response.
I certainly didn’t expect that I might be hitting the livestream milestone goal so soon. I chose an arbitrary number for it that seemed so far away at the time.
Now I’m not sure what I’ll do once I hit it.
Because of my wrist issues, my drawing process currently works like this: Draw a bit -> take a break -> draw a bit -> take a break. Not very conducive to streaming.
I think I’ll do short doodle streams, where I work on simple random stuff.

And now for the obligatory wrist status update: It’s definitely improving a bit. Taking frequent breaks helps. I also became a lefty when it comes to using a computer mouse and I’m trying new food supplements.

Basically I’m trying to do everything I can to get better, aside from quitting drawing of course.

Don’t read into it? Why, this *obviously* shows that AHS will become a musical in short order. After that, we can expect the lemon toss to proceed unabated. Hide the clues better next time!

~The hills are alive with the sound of Mina~
Choreography is having a hard time getting everything to match up, though.

argh, I gotta get on patreon.

When am I gonna fin time for that?

Could just be me but I swear it looks like the girls’ arms are too short.

I think I like how this would establish what Mina’s possessed arm REALLY looks like, since the background of the sight sort of gives you only a vague impression. I don’t care that this is technically non-canon, I still think this.

I meant site, not sight.

Have I ever mentioned how in love I’m in with your work.?.