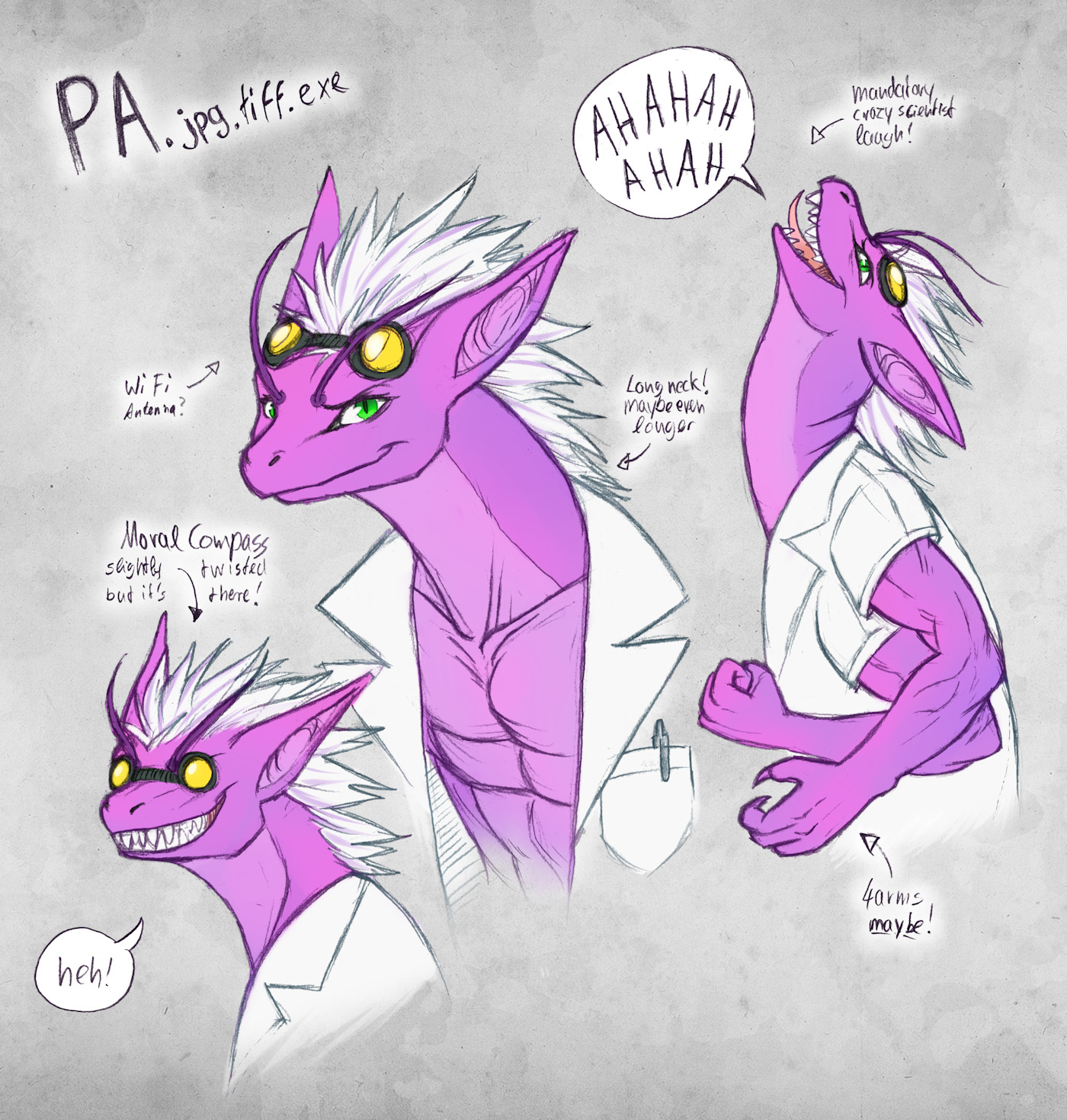 7 comments
So… here’s my Patreon page. Take a look!

If you want to support the creator of a comic you like in a more direct way, while also getting a few small things in return, you can do that now.

The banner there is a bit of a placeholder, I’ve actually been working on one with possible hints to future developments, but because of my computer troubles, I haven’t been able to work on it recently.
Which brings us to… More filler!

This character actually came to be when someone asked me to create a character based on a joke screen-name I use in a few places: Professor Awesome.

So I came up with her… and a story to go along with it.

PA is of the mad scientist variety, we all know them.
Formerly human, evidently not afraid to experiment on her own body, she resides in a small shop in one of the back alleys of a futuristic metropolis, offering her services to others who would like to modify their bodies in extreme ways.
Much to the chagrin of many government officials who would rather see people get only modifications that increase their efficiency at the workplace, like a math-unit and an encyclopedia in their brains, or synthetic muscles in their arms. That stuff is boring to her though, so is basic plastic surgery like bigger breasts, etc.
She’d probably kick you right out if you asked for something so mundane. But if you had an idea that would really challenge her, like being turned into a dinosaur or even a car? You might even get a discount!

As for the computer situation: All the parts arrived in one piece and I’ve put them together. 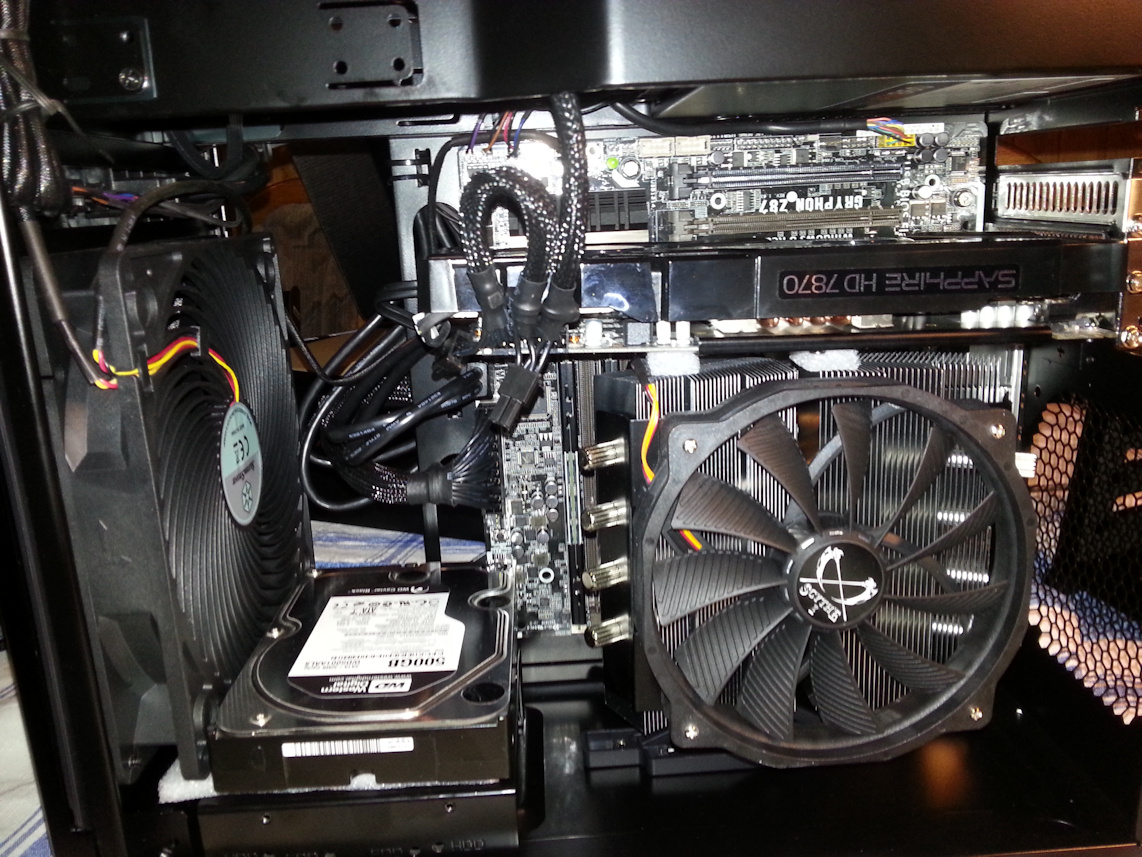 Hardware wise, everything seemed to be working just fine, but on the software side…
It looks like an AMD gpu + Displaylink usb monitor + Manga Studio don’t mix. Using certain functions just crashes MS completely, not a good way to work.
A friend offered to swap my AMD card with his nvidia card to see if that will work any better.
I guess we’ll see about that tomorrow.

The good professor sounds interesting. I’m curious, Drake, are you by chance a fan of Franken Fran? If the two characters were to meet up I can’t figure if they’d be rivals or partners, but either way I suspect the results would be both entertaining and disturbing.

Heh, actually I haven’t read it, but I heard about it.

I read a bit right now to answer you and I have to say: While there are similarities, PA is a bit more concerned about customer satisfaction and well-being rather than just going “eh, good enough!” like Franken Fran seems to do. She also cares about people’s consent, rather than turning someone clearly unwilling into a dog person. :b

The only exception would be that robot she created, but dead people can’t exactly consent, so PA and Fran would agree on that one.

Make sure to get all the software updates for your devices. I have found alot of them do -not- ask for the proper software to make them run right. Plus you might have software that will conflict with your shiny new components. Just putting this out there cause I know we all overlook things and sometimes assume our computers are smarter than they are.

So, I know I’m about eight months late to the party, but I had questions. So here. Have you been dipping into Dabbler from Grrl Power as a character model for PA? If so you have the right idea. Second, is this comic/page/website/all of it still updating or is this another place where I will lose a bit of my soul never to see it returned? I really like both AHS and IFF and binged them both in the last hour. I hope to see them continue. You know, if I’m not already talking to an empty room…

i can happily say that the comics are still active. they’re just of the slow updateing variety. it’s worth it tho.

i don’t think the CPU fan is big enough……

I really want to see a comic of this. But maybe a different character other than the minda style lol